The fifties and sixties in Gosforth were quite different times from today. Children generally played out of the house, often staying out for long periods. We were generally considered fairly safe at that time, and our parents didn’t worry about us like today. Kids would often stop out all day, just popping home for meal times and returning finally before dusk.

Clothing was very different from today. The girls wore dresses or trews, and the boys wore shorts until they were at least 12 or 13. Jeans were virtually unheard of then. Footwear was shoes (usually the same ones you wore for school) plimsolls also known as sandshoes or pumps, which were all identical and came in black or white. In the Summer you might change from shoes to sandals. No designer trainers, then.

Partying In Your ‘Best’

If you went to a kid’s party, you might be sent in your ‘Best’ which was very probably your school uniform for boys, and girls might prove luckier with a ‘posh dress’ that their Mum had run up. 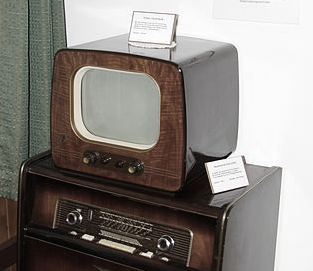 We didn’t have computers or mobile phones or I pads. TV was in its infancy and only black and white. It only came on at certain times of the day, closing down at 10.30, after the National Anthem had been played, disappearing to a tiny white dot in the centre of the screen. There was only a single channel in Newcastle until 1959, and that was BBC. ITV came along at the end of the 50s. Kids TV was limited to ‘Watch with Mother’ after lunch and Children’s Hour’ at teatime.

Some will recall Andy Pandy with Teddy and Loobyloo, Muffin the Mule, and the Flowerpot Men with Little Weed. Westerns were also very popular with older kids with ‘The Lone Ranger, ‘Bonanza’, ‘Davy Crockett, and ‘Roy Rogers being among the most viewed. There was, however, the radio with popular programs like ‘Journey into Space’ with characters Jet Morgan, Doc, Mitch and Lemmy or ‘Have a Go’ with Wilfred Pickles and Mabel (catchphrase ‘what’s on the table Mabel’) or ‘Take it from Here’ comedy with Jimmy Edwards and Dick Bentley or perhaps ‘The Navy Lark’ and “Round the Horn”.

In the evenings, we would try really hard to tune in to ‘Dan Dare’ on Radio Luxembourg, where the program would just keep fading in and out, and you would have to fiddle constantly with the tuning knob to try and get it back again. And that little tuning knob was very sensitive, so requiring a high degree of dexterity despite magic eye tuning aids. Here we heard characters Dan Dare and his sidekick, Digby.

So most children spent their days outdoors if it was fine. If it was wet, you could be sent out in a mac and possibly wellies. Again this would most likely be your school coat, as you would not have two coats, which was considered wasteful. No anoraks or puffer jackets, although their forerunner, the windcheaters, were occasionally beginning to be seen.

We kids had a large repertoire of games and activities with which we entertained ourselves, it being down to us to make our own fun. Boys and girls often joined together in these games though sometimes separating out into their same-sex groups. It all depended on who lived round your way. In our street, there was a shortage of boys, but luckily a couple of girls were quite a tomboyish, so were accepted quite well.

Regularly we would play some of the better-known games like hide and seek and tag, which also entailed picking someone to be ‘IT’. This process involved the chanting of rhymes or formulas to decide on who ‘IT’ would be. We normally used ‘Eenie Meanie Miney Mo etc. ‘, which is now considered very non-pc and racist. We never gave a racist thought to it, though.

We would chant the words moving from person to person with each word until finally landing on the person to be ‘IT’. Another well-known chant was ‘One potato, two potato, three potato four etc. ‘or ‘Ip, dip, doo, The cat’s got the ‘flu’ etc. Most UK children used these or different variants of them, often with ruder words. Clever players realised that if they were the one to do the selecting, they could easily avoid being ‘IT’ by careful choice of the start point for counting out. Despite having a mathematical brain, it was some years before the penny dropped for me.

Other common games we played were Cowboys and Indians, and Cops and Robbers, with or without toy guns and bows and arrows. A pointed cocked finger serving almost as well, although cap guns were very popular and they did make a noise as well as producing a very memorable, somewhat pleasant odour from the spent caps. Whichever of these games you played, they were basically just the same game with ‘Goodies’ and ‘Baddies’ being the two sides.

Another game, Nicky Knocky Nine Doors, was always good fun, where you knocked on someone’s door or rang their bell, running away to hide so you could watch the householders opening their front door to no one being there. Repeated goes were considered even more fun but didn’t gain you much approval from the adults. A number of our games were quite active, burning off lots of our energy quite fast, and thus we did not gain weight like more sedentary kids can do today. We didn’t get to snack on rubbish food every few minutes either. Other games we played were leapfrog, jumping over one another in turns, and Hopscotch, which meant chalking a grid on the footpath with numbers in the squares for us to hop to. Not all adults were happy with the chalked grids we left behind.

If these games wore thin, we would perhaps go and climb trees, or we would climb up on to the roof of the local electricity sub-station, from where we had a good all round view and could lie unnoticed watching what went on. Failing this, we would play some ball games, maybe, like cricket or football, street tennis, or catch, or two baller where two balls were kept in play whilst being bounced off a wall, or maybe three balls were juggled. The girls always seemed better at this. French cricket was popular too, which was a bit like cricket played with a tennis racket, usually on the Little Moor or at the seaside when we were lucky enough to go there.

We didn’t sit down a great deal, but when we did, our seats were the kerbstones or low garden walls and then we would slow down a bit and play games like jacks with a small rubber ball and a set of jacks or perhaps marbles and out would come your collection of glass ‘alleys’ and ‘cat’s eyes’ or ‘liggies’ as some would call them, often in a little cloth bag with a drawstring neck. It was important to have a good selection of big and small marbles, which could be gained for coppers at shops like Woolworths or the cheaper toy shops. In Gosforth, at that time, there were only two toy shops, one, The Toy Cupboard’ next to the Queen Victoria Pub and one ‘Clarksons’ on the corner of Causey Street and the High Street. Especially prized were steel ball bearings if you could lay hands on them, usually from a back street garage and the old worn car bearings would need a lot of effort throwing them hard against a wall until they shattered. 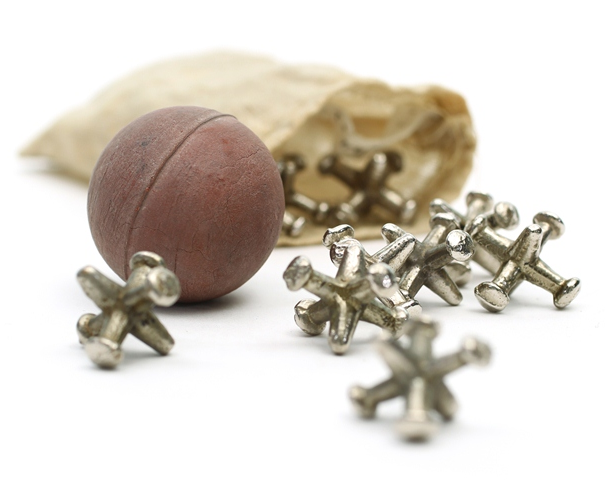 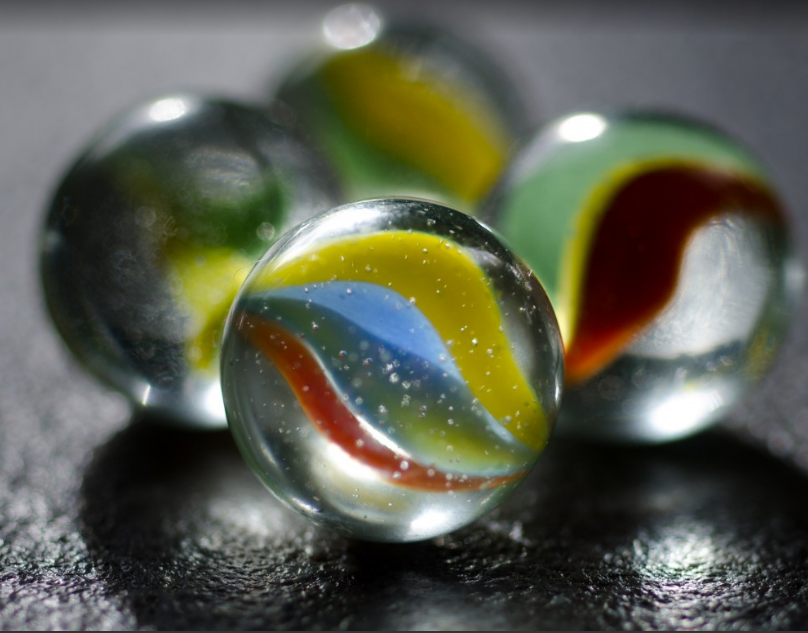 Cycling was popular too; the younger ones of us would set out on our three-wheeler ‘trikes’ and, as we aged a bit, perhaps a ‘Fairy Cycle’ before finally graduating to larger upright bikes as we got older. In mid to late teens, we might even have progressed to a drop handlebar racer if we were really lucky. I had one at 16 but had had to work hard at various part-time jobs to earn the price of this second-hand model, a Dawes Dalesman.

Many kids cycles were made by the Raleigh Company, which encouraged a popular local saying:
“……ride a Raleigh, ride a wreck, ride a Hercules and break your neck.” 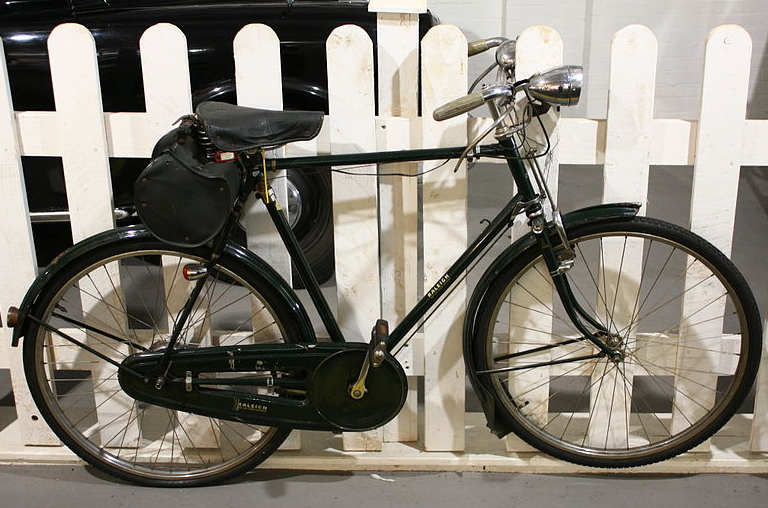 Look out for the next post with Mr Potato Head, fishing with jam jars and balsa wood toy gliders!

Step back to 1920’s Newcastle with this free map!