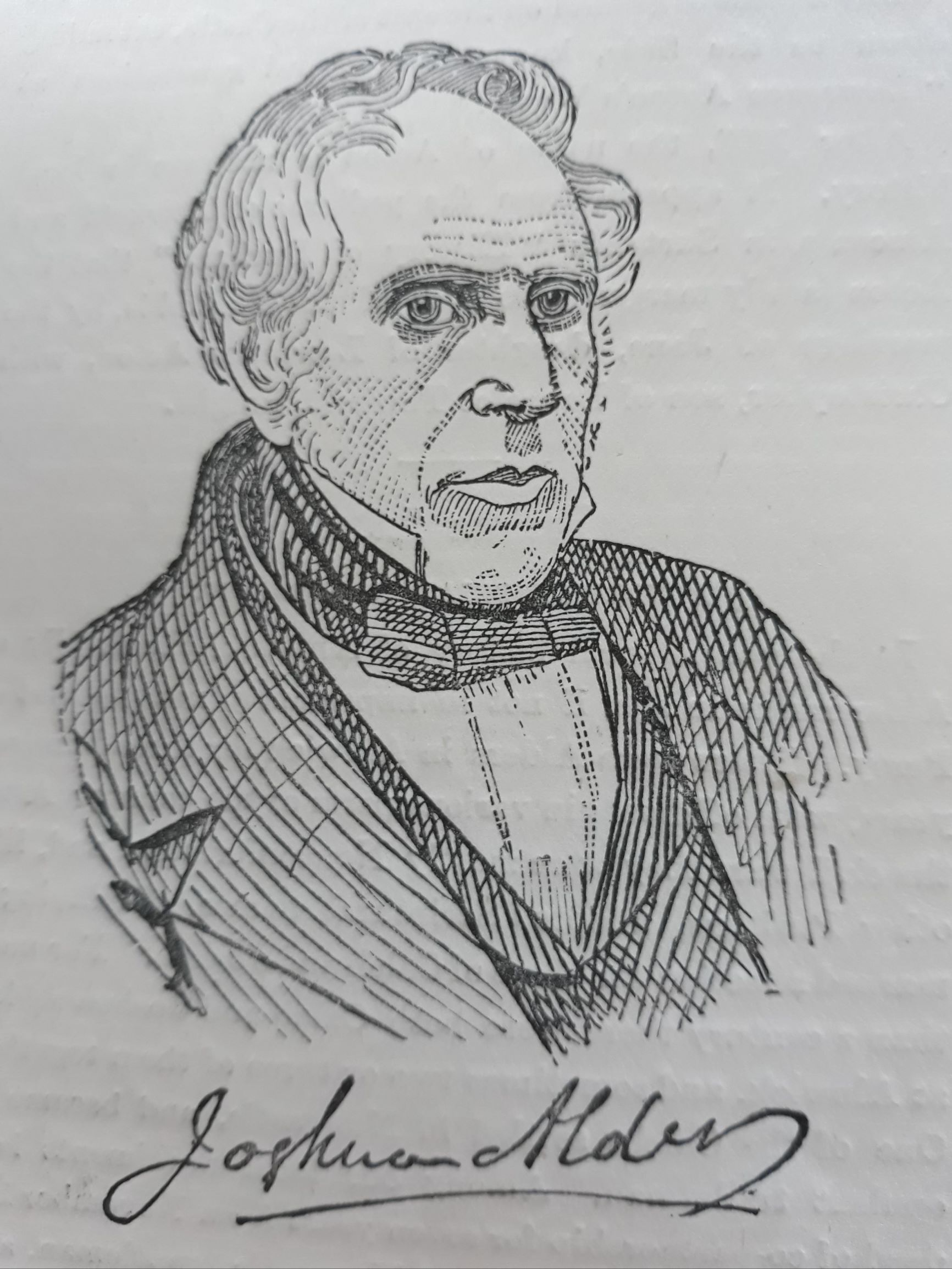 This post was prompted by the second TV series of A House Through Time in which David Olusoga traces the history of no 5 Ravensworth Terrace in Newcastle NE1. If you enjoyed the series and are interested in House Histories you may be able to pick up some research tips from our post How Do I Research The History Of My House?

Joshua Alder was born in Newcastle in 1792. An article in the monthly chronicles of North Country Lore and Legend states that his early education was with an Mr Prowitt who had a school on Pilgrim Street. From there Joshua went to Tanfield where he was educated by Rev Joseph Simpson. Reportedly a family member who ran a school of good standing. At the age of 15, Joshua went to work in the family business on Dean Street. We have learned from David Olusoga’s TV series A House Through Time that the family had a cheesemonger shop. The year after Joshua returned to the shop his father died which meant that at the age of 16 the responsibility for running the family business and supporting his mother and the rest of his family fell to him.

According to his contemporaries, Joshua was not happy with the commercial life. He preferred to spend time studying, drawing and conducting scientific experiments. As the years went by Mr John Robinson who worked as an assistant in the shop took on more responsibilities. John Robinson resided at Roseworth Cottage in Gosforth. Eventually, about the year 1840, Joshua decided to concentrate on his love of nature and more or less left the family business (according to Richard Welford – other sources say that the shop was sold) to his faithful friend and assistant John Robinson.

As a young man, Joshua liked to take long walks and travel to distant places. He would reportedly take a sketchbook which he filled with geological and botanical drawings. Ultimately his interest in nature developed into a specialist knowledge of the Mollusca. Joshua compiled a catalogue of his research which was published among the papers of the Natural History Society of Newcastle. Joshua Alder often worked with Albany Hancock, and many of his papers share both names.

Joshua Alder was one of the founders of the Newcastle Natural History Society in 1839. In 1849 he became the president of the Tyneside Naturalists Field Club of which he was also a founding member in1846. The chronicle goes on to report that –

“All contemporary naturalist of note, at home and abroad, were at some time or other in correspondence with him, and one genus (Alderia) and nine species of Mollusca were named in his honour.”

It seems that Joshua Alder was a man held in high esteem. After the failure of the Northumberland and Durham District Banking Company which caused Joshua to lose his home at 5 Ravensworth Terrace a memorial was made to the Government which was

“… signed by the best-known men in various fields of investigation and research,…”  he was awarded a pension of £70 from the Civil List.

“Mr Alder was mild, genial and unobtrusive, willing at any time to impart his knowledge to others with much affability, and never allowing the opportunity to escape him of encouraging the young and inexperienced students. In conduct upright and honourable, he was in feeling, word and deed, a gentleman.”

Do you wish you could discover the “way back when” timeline of your house?

When the census recorded occupations such as gentleman, unpaid domestic help and scholar!

Our House History Folios, including

You can receive your bespoke stamp on history, add your chapter to the story of your house or impart the perfect gift.

“Blown away by how good it is. Best find all year, such unique gifts. So well presented and wrapped. Made with love and care. You won’t regret ordering.”

Visit us at The Little Histories Shop