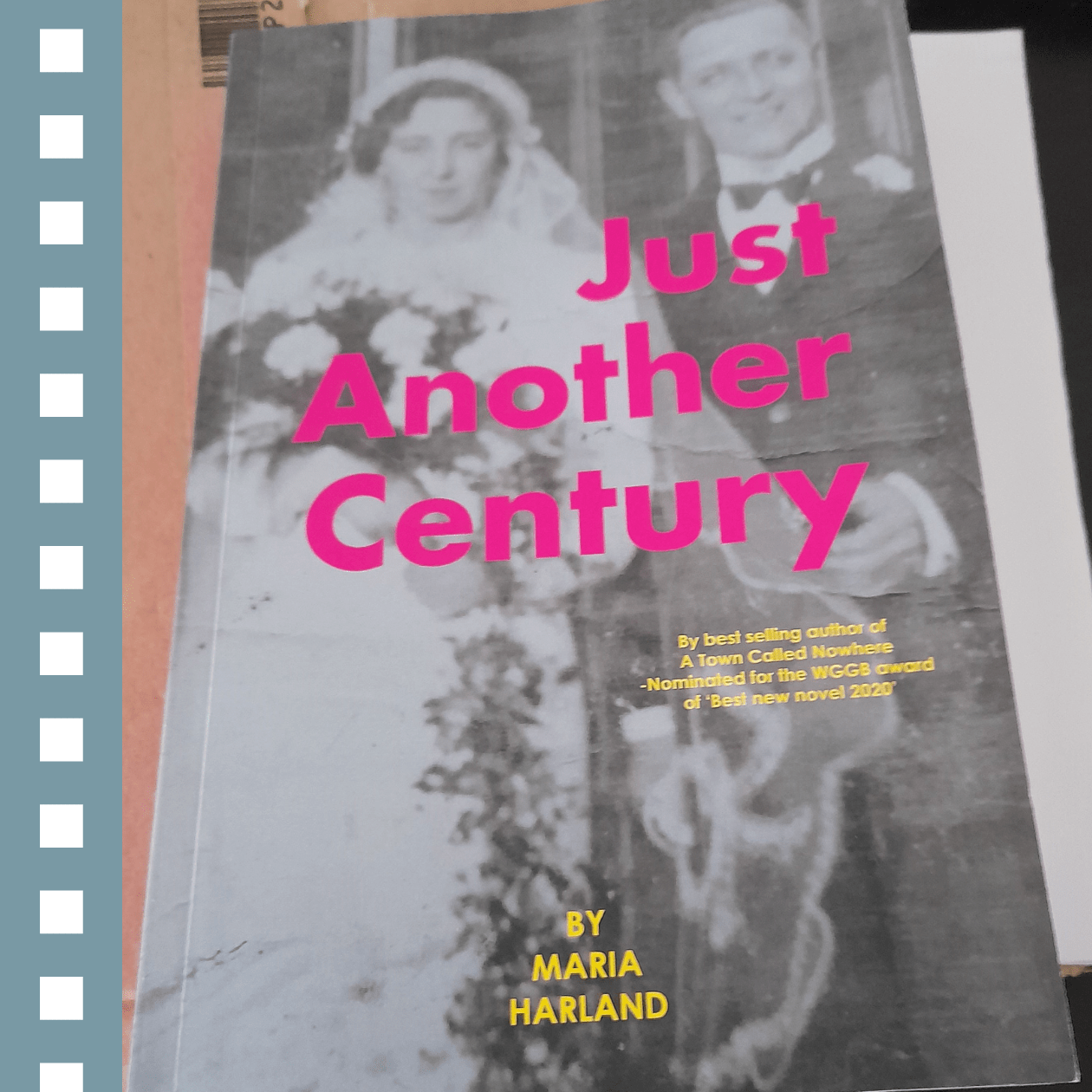 It has been surprising and enjoyable how many connections we have made since starting Discovering Heritage. But none more surprising than when Maria Harland posted on Gosforth Photos Videos and Chat Facebook Page that she remembered our team member, Fiona Malkin (nee Harland), from school.

First, the coincidence in the surname is remarkable.

Second, Maria has just written a book, Just Another Century which follows her family story around Jesmond and Gosforth. Another extraordinary coincidence given our association with House and Family Histories!

Third, a little while ago, we wrote an article entitled The Changing Face Of Gosforth in which we documented the story of the Gosforth Traders premises at 151 -153 Salters Road.

Coffee and Catch Up

Of Course, we arranged to meet Maria for coffee in Gosforth Traders (where else?). We chatted over more than one cup of coffee, and the upshot is that Maria has very kindly agreed to share an excerpt from her book on the Discovering Heritage blog!

Initially the author Maria Harland set out to just randomly jot down the stories she fondly remembered growing up hearing throughout her childhood. The idea to formulate these stories into a book only came about when the author was searching for a plotline for her second novel and realised the stories were all there already under the guise of her family history. The book is essentially a love story to her ancestors. Starting in 1875 the plot revolves around a Victorian house in Jesmond. The story sweeps the reader across continents as it charts the lives and loves of the O’Dowd and Le Britton dynasties. A great majority of the book is set in both Jesmond and Gosforth so gives the reader a valuable insight into the two villages in the pre and post war years. It culminates in a beguiling romance which joins the two families forever and proves beyond any doubt that true love will always prevail.

Below is an excerpt from the book which tells the story of Hedleys Bakers and Confectioners which stood on Kelly’s Corner, Salters Road. It was owned by the O’Dowds in the early 1920s – Hedley was Theresa O’Dowds maiden name – until the family emigrated to Vancouver Island in 1924 when ownership transferred to the Dewell family (Theresa’s sister and her husband who lived on Elmfield Road). The young boy in the photograph is Lewis O’Dowd who is the author’s grandfather.

Signed Copies Direct From The Author

The book can be purchased from Amazon for £8.99 or directly from the author (harland_lisa@yahoo.co.uk) who will personally sign all copies for £12.99 including postage in the UK. An ideal and unique Christmas present for anyone who has an interest in local history.

The O’Dowds were still living in the Tyneside flat on Bayswater Road. Initially, both Theresa and John had assumed the living quarters would be too squashed – especially with three still quite young children – but in no time at all they had become accustomed to the lack of space and were actually enjoying the quality family time such close proximity afforded them. My grandfather Lewis had just turned nine years old; his brother John junior was nearly seven, and baby Dolly – whose untimely conception had stopped the family perishing on the Titanic – was almost three.

The war had impacted on all walks of life and the O’Dowds were to prove no exception although saying this their new bakery venture, Hedleys, was just about managing to stay afloat and had even registered a small profit. Theresa’s sugar crafting skills were beneficial in keeping the wolf from the door, for despite many wedding cakes being nothing more than hollow cardboard shapes, they still benefitted from decorative icing. When a bride insisted on an actual cake John had perfected the recipe for the aptly named ‘Trench Cake’. This popular wartime cake had no eggs in the recipe instead using vinegar to achieve the necessary rise but it still needed dried fruit and this was getting scarcer by the day. John was gaining a great reputation as a Master Baker and at weekends his two sons would help him in the bakery and then go around the local streets delivering baked goods in a handcart. This was no easy task and the boys would frequently stop to argue over whose turn it was to push because the handcart was so difficult to manoeuvre, especially around corners and up inclines.

The boys also constantly complained about their schooling, because since West Jesmond School had been taken over by the Military; both boys had quite a long walk along Osborne Road to neighbouring Sandyford and the school there. They developed a habit of dawdling so their timekeeping was problematic.

The lateness also frequently resulted in their teachers administering the strap as a punishment. One would think that being aware of the corporal punishment which would inevitably be metered out, the boys would hurry but it seemed they had good reason to tarry. John would hop onto Lewis shoulders and they would stop to ‘scrump’ apples from overhanging trees in a garden on Lily Crescent. Once they had collected a dozen or so they would gather up the apples in their school sweaters then sell them on to their classmates at school.

Despite their hands  often still smarting from the strap, the pleasure of walking home then stopping in the grocery store on Brentwood Avenue to purchase a quarter of sweets made the pain worthwhile. Both boys had inherited a sweet tooth from their father. Lemon Sherbets and Pear Drops were the boy’s particular favourites although it was always risky sucking on a Pear Drop just before going home as the boiled sweets had a very particular aroma and more than once their mother had sniffed the air and questioned the distinctive smell.

Get Your Signed Copy of Just Another Century

The book can be purchased from Amazon for £8.99 or directly from the author (harland_lisa@yahoo.co.uk) who will personally sign all copies for £12.99 including postage in the UK. An ideal and unique Christmas present for anyone who has an interest in local history.

Authors In The Spotlight

Maria shares the spotlight with Jack Harland (no relation as far as we know) and Ian Lennox, check them out below!

Lost Streets Of Gosforth
"In the first years of the post-war there was a terrible housing …
Life In A Colliery House In Coxlodge
I was born in the unheated bedroom of a one up, one …
Ian Lennox Gosforth Author Spotlight!
It is one of the most intriguing notions when we research a …