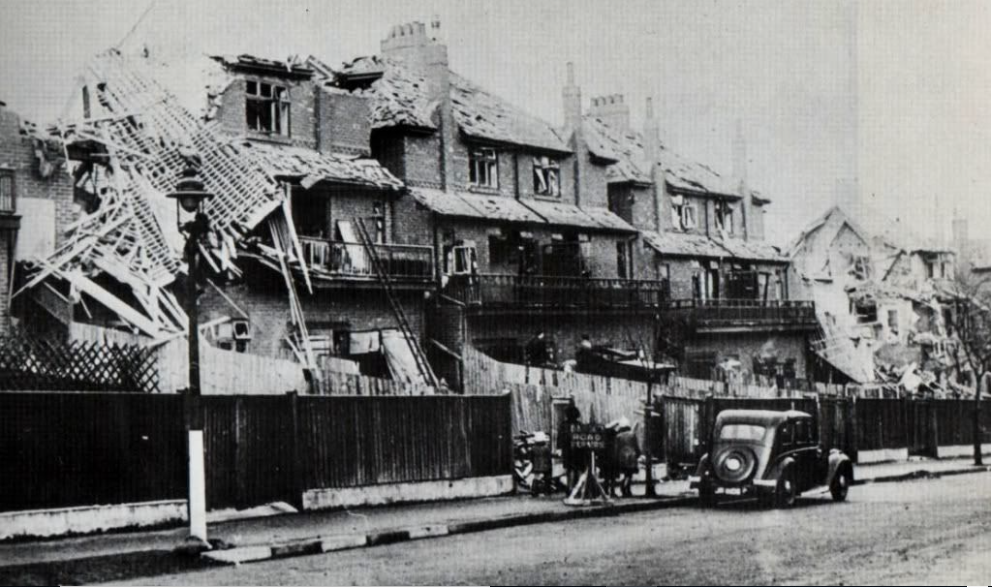 The Discovering Heritage blog is three years old this week! Our post a little while ago told the story of Gosforth resident Robert Whitfield Falconer who died in the first World War and bequeathed monies for two bells in All Saints Church on West Avenue. In this post we share Gosforth stories of WWII.

In July 1940 the Evening Chronicle carried the story of 20 year old Frank Bell. Frank was a Trooper on board the British internment liner Arandora Star. The vessel was torpedoed by a German U boat of the west coast of Ireland. Frank was a military guard. He was detailed to guard German and Italian internees and also prisoners of war who were on their way to Canada. When the liner was torpedoed Frank jumped overboard. He managed to grab onto some derbris floating in the water.

“I later managed to get onto some debris – cans – and wood – where for nine hours two Germans three Italians three soldiers and I stayed until we were picked up by the rescue ship.”

Before the outbreak of war Frank Bell worked as a clerk in Lloyds shipping office in Newcastle. He lived at 127 High Street Gosforth and was also in the Territorial Army.

The Arandrora Star went down with the loss of over 800 lives. It took just one torpedo which caused her to sink in just over half an hour. The ship was previously a Troop ship. Many people feel that the lack of Red Cross markings on her side may have contributed to this tragedy as she may not have been recognised correctly.

During 1941, the German Air Fleet 3 carried out night-time raids on urban UK targets. In August poor weather meant that no air raids could be carried out on Britain for 25 days during that month. In September, the German’s turned their primary attention to mining.

However, a raid on 1 September 1941, caused major damage at the New Bridge Street Goods Station in Newcastle resulting in a fire which burned for several days. During this raid, fifty people we killed, 71 seriously injured, and over 1000 people were left homeless. Also in September 1941, a bomb fell on a quayside warehouse. Reportedly the mass of syrup, flour, fat and sugar that resulted attracted swarms of flies. The multitudes of flies were so thick that people had to drink their tea through straws and keep their cups covered to stay free of contamination.

In December 1941 small bombing raids were targeted on Newcastle, Plymouth and Hull. On 29 December it was reported that a widespread fog lay over Tyneside. Even so, fifty-five enemy aircraft carried out a bombing raid dropping ten High Explosives most of them in the Matthew Bank area of Gosforth

According to an eyewitness report given in 1991, seven people died, and a number were seriously injured. Some houses took direct hits. A young boy called Newton Shipley had to be rescued from one of them. He was found hanging upside down by his foot. Reports say that during the rescue, his foot was amputated to free him. Newton Shipley made a full recovery and was awarded the Scouts VC badge for bravery. (I can remember my father telling me this story on more than one occasion).

News papers as far away as Coventry published the story – transcript as follows.

“An eight years old boy named Newton Shipley had his home bombed during a night-time raid in Newcastle-on-Tyne. A warden found him in the debris, hanging head downwards, and apparently dead.

Having freed him the warden held him in his arms. Newton’s eyes opened and he smiled.

Both the boys legs were broken, and one had to be amputated. The story is told by the Boy Scouts Association.“

We can’t possibly remember all the things that defined our lives when we lived in a particular house. But as we move through life, poignant mementos can remind us of the people we were and circumstances we found ourselves in during our time in different places.