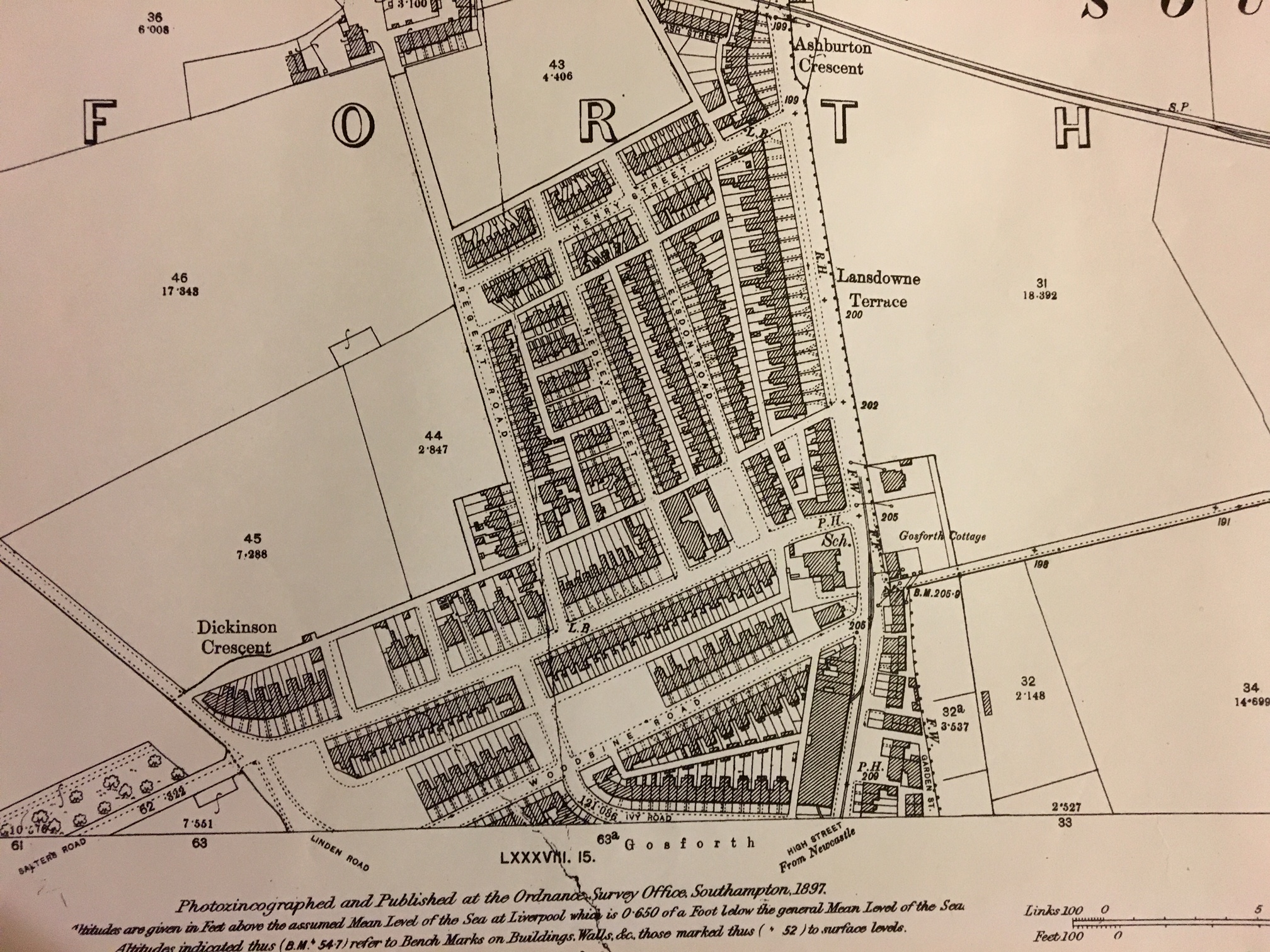 The Gosforth Urban District Council minutes of 10 November 1890 includes details of a report made by Dr Galbraith, the Medical Officer of Health, for the month of October 1890. The report records the discovery of seven cases of typhoid in Gosforth during October. These were new cases adding to eight cases reported in Spring 1890. It was further reported that all of the cases had something in common – all of the sufferers have been drinking milk supplied by Kay’s dairy.

Typhoid is a potentially fatal disease that is spread by contaminated food and drink. Symptoms include fever, rash, weakness, stomach pains, headache and loss of appetite. It was a common cause of death before the development of a vaccine in 1897.

Kay’s dairy was sited at 8 Henry Street, Gosforth. Bulmer’s directory of 1887 lists Mrs Mary Kay, 8 Henry Street – Cowkeepers and Dairies. The 1881 census lists Mary Kay, a 45-year-old widow, living at 8 Henry Street with her five children and a boarder. Mary’s occupation is not recorded. Ten years earlier in 1871 Mary and her husband William and their five children were living at Causey End. William, a gardener, died later the same year with Mary being left to provide for herself and her family.

Causey End was an area of poor quality housing situated around the area that became Elmfield Road. In 1873 The Newcastle Weekly Chronicle published a series called ‘Our Colliery Villages’, profiles of coalmining communities across Northumberland. The article on Gosforth includes a description of the Causey End area

‘… the scent of flowers becomes changed for the smell of offensive sewage, and the graceful outlines of luxurious dwellings give way to the coarse antique ugliness of the miners’ cottages at Causey End …

No man knows when it was built; its unsanitary condition has killed off so many of its natives that no oldest inhabitant survives to record its history …’

Having reported on the latest outbreaks of typhoid in October 1890, Dr Galbraith was instructed to place an advertisement in the local newspaper advising the local population of the source of the outbreak. No doubt this has a devastating effect on Mary Kay’s business, and by 1891 she appears to have left the area.This outbreak of typhoid appears to have stirred Gosforth Urban District Council into action. At a meeting held on 12 January 1891, a Report was presented to Council asking members to consider whether the Model Regulations of the Local Government Board on the Contagious Diseases (Animals) Act 1886 and the Dairies Cowsheds and Milk Shops Order of 1885 & Infectious Diseases (Prevention Act) 1890 should be adopted. The motion was passed to approve the Regulations. One of the clauses of which was 400 cubic feet of free air space was required for each cow.

This is one of the public health issues that faced Gosforth in the 19th century. Look out for more posts about these challenges in the future.

Have you ever wondered if your house has a history, or, what business traded from your premises in the past? We would love to help you find out. Your first step is free

Do you fancy a little more history?

Check out these posts. They are full od fabulous detail!

1 thought on “Typhoid Comes To Gosforth”