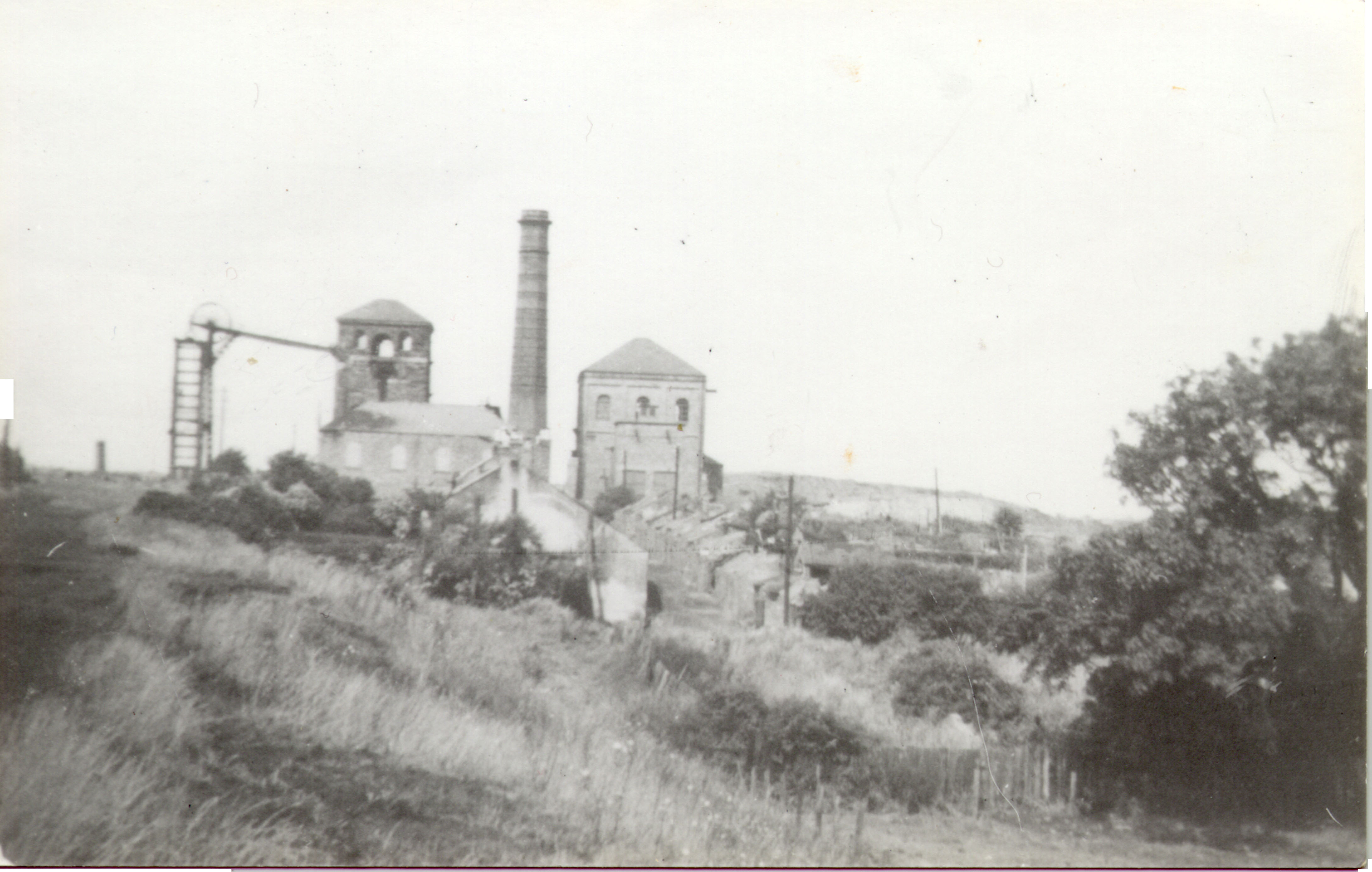 Our story begins on Regent Farm estate, 2020, in Gosforth, Newcastle; in a house that stands on the site of the old Prince Regent Pit. We travel back one hundred and sixty-nine years to a very different era and location, and find the family origins in 1790’s London.

The Prince Regent Pit was part of Coxlodge colliery, and coals from Coxlodge commanded a high price while mining was viable. The mine stopped working in 1894, and local miners found work in other pits in the region.

Spoil heaps remained on the site until used and recycled in the construction of a runway for Newcastle Airport. For years after the closure of the pit, its presence and memories were felt strongly in the community.

On one occasion on Friday, April 5, 1912, the Newcastle Daily Chronicle reported under the heading

“Yesterday afternoon in a field at the Regent Pit, the officials of the colliery, with the assistance of some of their workmen, held pit pony races. A large number of workmen and their families attended.”

Patricia Slinger was born in March 1930 she was the daughter of Robert William Kidd and Mary Constance Leathard. Her parents’ families were both involved with the mining industry. When she was nine years old, Paricia lived with her parents in Broomhill Northumberland, close to the North Sea.

At this time (1939) her father Robert William Kidd worked as a foreman colliery fitter. Robert was also involved with the industrial fire service perhaps in a voluntary capacity as a result of World War Two. During the war, and keeping a coastal location the family lived at the School House in Hauxley. Robert kept a gun with bullets fearing a German invasion, and also retained maps of the location of the mines along the coast.

Robert never used the gun, but Hauxley did have its share of wartime action.

A news article in The Morpeth Herald on Friday, October 6, 1944, reported that two Hauxley fishermen were returning from the fishing grounds when they saw an airman parachuting into the sea. Several planes were circling nearby.

“The airman was rapidly being carried out to sea and though their boat was much too small to be expected out [at] sea the men turned to where the airman was dropping and managed to pull him aboard. The airman, suffering from a fractured arm and shock, was taken to hospital.”

When Robert retired from the National Coal Board in 1965, he received a very appreciative; letter from Mr C Bewick of the North Northumberland Area of the NCB. After a working life that involved several changes of address, Robert retired to live in Kendar Grove Morpeth he passed away in 1975.

Robert’s father was a man called Luke Kidd; who was born on November 30 1872. Luke was the eldest child of Robert and Isabella Shotton Kidd (nee Gibson). As a child, Luke lived with his family in colliery housing at Bedlington (1881) and Sleekburn (1891), in Northumberland. In 1898 Luke married Hannah Isabella Elliott and settled at Sleekburn Colliery where he was employed as a colliery fitter. A fitter was engaged at a colliery on the installation, maintenance and repair of the colliery’s mechanical apparatus.

By 1911 the family were living in the mining village of Bomarsund, Northumberland, with Luke employed as a colliery enginewright. The 1939 register – a record made to register the entire adult population for registration cards in advance of World War Two – records Luke and Hannah living at 41 West Terrace, Stakeford, Northumberland, with Luke employed as a colliery engine fitter. We believe that Luke Kidd died in Newcastle in 1952.

Robert Kidd, Patricia’s great grandfather was the last of five children of Luke and Elizabeth Kidd was born at East Sleekburn, Bedlington, Northumberland, in 1845.

A little note reminds us just how dangerous occupations in mining could be at this time. Between 1893 and 1901 there were six fatal accidents at Sleekburn Colliery. Durham Mining Museum records include the death of fourteen-year-old John Moore.

“He had neglected to put in the third sprag in the set, or failed to do so owing to the tubs going too fast, and, the pony falling at the bottom of the bank, he was thrown against the side ”

The Kidd family remained at Sleekburn in 1901. Robert Kidd passed away in 1910.

The 1841 census revealed the family living at East Sleekburn, Northumberland, and noted Luke Kidd’s occupation as a flax dresser. A flax dresser worked with an instrument called a hackle which was used to separate the coarse part of the flax plant in readiness for spinning in the linen industry.

By 1851 the family were living in the household of John Hoy, brother of Elizabeth Kidd, at West Sleekburn. Luke is noted as a former flax dresser, now labourer. The 1861 census records Luke Kidd, a storekeeper at Barrington Colliery, as residing in the property of his son in law, Robert Parsons, a coal miner and husband of his daughter Mary, at Bedlington Colliery. Luke was likely visiting the family on census night. Luke’s wife Elizabeth and the rest of his family were residing with John Hoy at Barrington Colliery.

Luke Mason Kidd died at Barrington on November 13, 1882, aged 85. Elizabeth passed away on September 29, 1885, aged 79 years. The couple were buried in Choppington churchyard along with other family members. They are remembered on a gravestone in the churchyard.

We hope you enjoyed this trip into the past through the Kidd family line. If we can help in any way with your own family history we will be happy to talk to you. Our Family Folios create a deeply personal and visual connection to your ancestors. 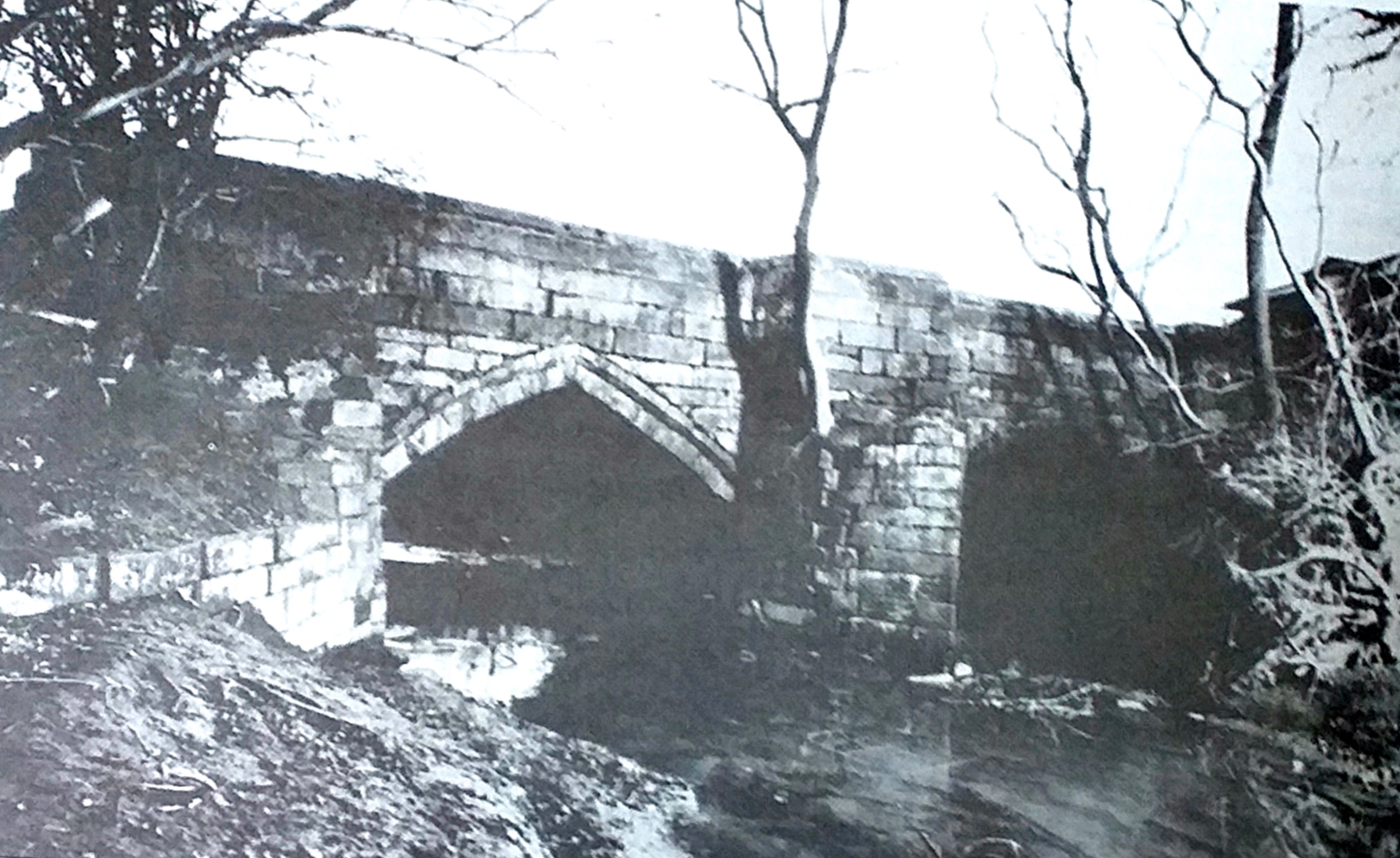 Salters Bridge in Gosforth is a twin-arched bridge crossing the Ouse Burn. The earliest phase of its construction is medieval. Studies show that there were at least three later stages of development, plus contemporary repairs.

Do you think that bridges are often overlooked? We hurtle over them in our cars and sometimes fail to notice we have crossed one. However, before the use of motor vehicles, for travellers on foot, or horse and waggon the crossing of a river could cause considerable risk, especially after heavy rains. A bridge could be a lifeline between communities and a necessity for the cross country delivery of supplies.

The names of Salters Bridge carrying Salters Way over the Ouseburn and nearby Salters Road suggest that these roads were found along the route taken by the old Salters as they moved salt from the salt pans on the coast.

In the distant times of the 13th century acquiring salt from the sea was a principal occupation. Until the late 18th century, there were salt pans at Seaton Sluice, and from 1236 there were salt works at Blyth owned by the monks of Newminster Abbey near Morpeth. Salt was obtained by the evaporation of seawater by burning coal.

In those days, salt was a vital commodity used for far more than flavouring food. Salt was used to preserve meat and cure fish.

Salters carried their loads inland from coastal areas for delivery to monasteries and other places in the hills.

There were several tracks used by the Salters. A track called Salter’s Peth ran through Hollywell Dene from Seaton Sluice also running through Earsdon and Longbenton. It crossed the Ouseburn at Raundelsbrygge (Salters Bridge). The track continued through Gosforth Colliery in what we recognise today as South Gosforth, past Haddricks Mill and St Nicholas Church, on its route towards Coxlodge via Salters Lane (Salters Road), before heading out into Northumberland. Salters Road has a long history in Gosforth.

Running over the Town Moor to Two Ball Lonnen was another ancient Salter’s track. This track continued to Denton, Lemington and over the Tyne ferry to Stella and eventually to Slaley and Blanchland Abbey. A Salters Road is still marked on maps of the Cheviots telling us that Salters travelled far and wide into Northumberland.

It is a sad state of affairs today when our traditional pubs are under threat, their heritage stretches back so many centuries. The Shoulder of Mutton Inn standing on the site of Dickinson Crescent (before that at the bottom of Salters Road), would have served a useful purpose for these travellers in those days.

Perhaps at Salters Bridge, we can still feel the essence of Gosforth in earlier times. Having kept its countryside appearance it pleasantly reminds us that Gosforth was once rural in aspect with good farmlands and woods that used to grow over the area.