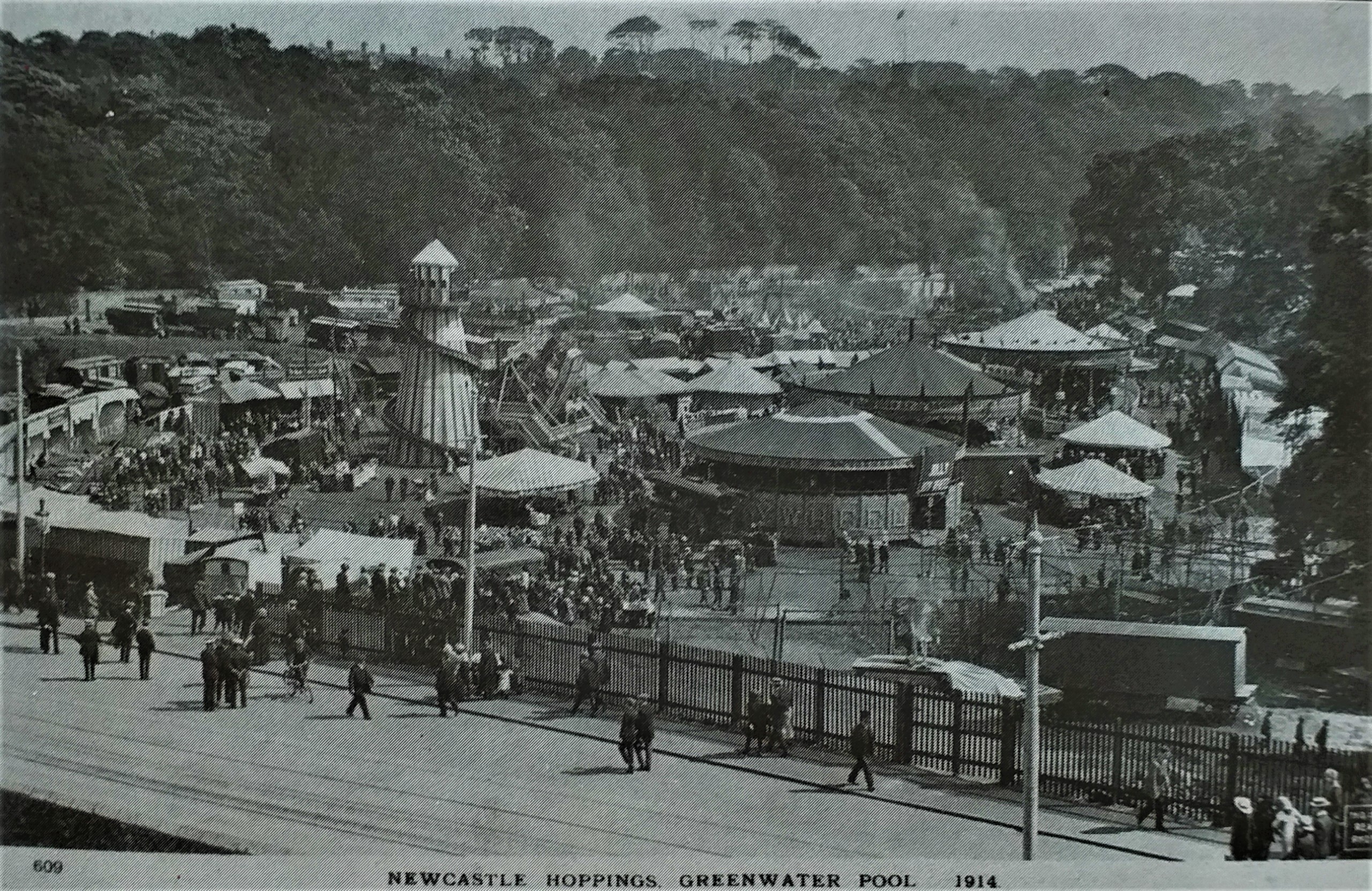 This week we see ‘The Hoppings’ return to Newcastle’s Town Moor. This annual event began in 1882 as a temperance festival developed by local temperance associations. The temperance movement advocating abstinence from alcohol was popular in working class communities in the 19th century. Local associations were often but not always linked to religious organisations of different denominations. Members of the public were encouraged to take ‘the pledge’ and were issued with often elaborately decorated cards setting out the temperance ideals. These cards were signed by the pledgee to indicate their good intentions. One of the beliefs of the temperance movement was that shows, merry go rounds and similar activities could provide a distraction to the masses therefore keeping them away for the lure of alcohol.

The Town Moor Hoppings wasn’t the first fair to be held in Newcastle – a regular fair had previously been held at Gallowgate. In 1881 the horse racing that had been a regular feature on the Town Moor since 1721 removed to Gosforth Park. This coincided with the revival of an annual temperance festival in Newcastle. It had originally been mooted to hold festivals in three different parts of the city during Race Week. The date was not coincidental – the Festival was perceived a counter-balance to the often alcohol induced public behaviour associated with horseracing. In March 1882 a letter in a local newspaper put forward the suggestion of holding a single festival on the Town Moor.

The first ‘Hoppings’ opened at 2pm on Wednesday 28 June. The opening was preceded by a programme of temperance sermons in places of worship across Newcastle and resulted in large numbers taking the pledge. The first festival took place over two days and comprised amusements and roundabouts, children’s games, a kite flying contest, military shows and displays, sporting activities – cricket and football. On the first day of the Festival a tea was provided for 1000 of the poorest children of the city.

The event was extremely popular. It was estimated that around 150,000 people attended making it the best attended Temperance festival held in England. The cost of running the Festival was in the region of £500. Such was the success of the Festival that it was decided to make it an annual event. The Hoppings has continued to be held on the Town Moor almost every year since. Between 1914-1918 it was held in Jesmond. 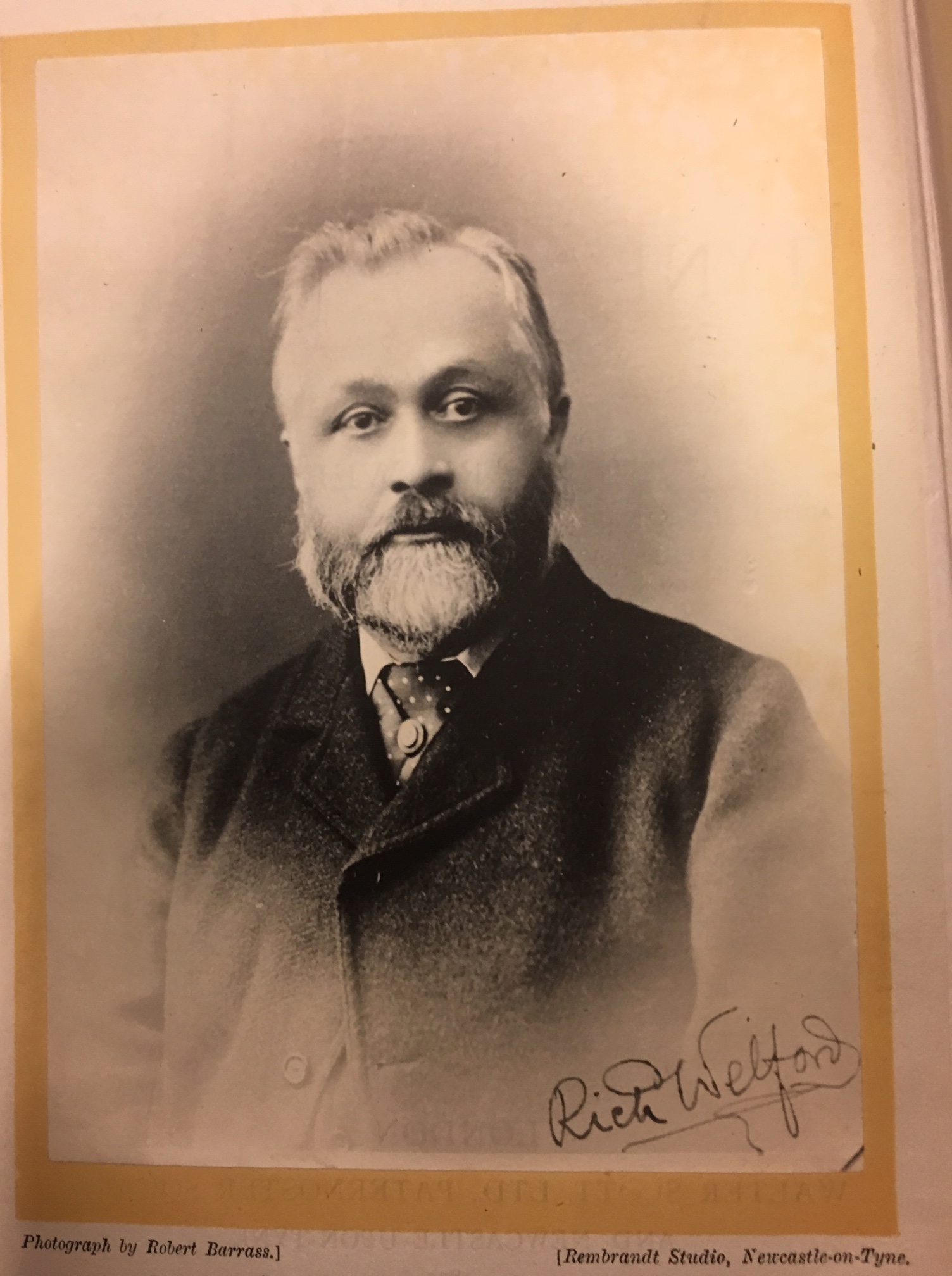 This is a photographic portrait of Richard Welford

The first and most comprehensive history of Gosforth was published in 1879, namely “A History of The Parish of Gosforth” by Richard Welford. The author was born in Holloway, London, in 1837. His first employment was as a reporter on a local newspaper, the Bucks Advertiser. In 1854 he moved to the north-east of England to take up a position as a reporter on the Newcastle Chronicle. Richard’s first home was in St. Mary’s Place, Newcastle, then Ellison Terrace, Gateshead.

When Richard took up his appointment with the Newcastle Chronicle it was a weekly publication but by 1858 it was published daily and Richard was appointed sub editor at the age of 22. In 1861 Richard gave up regular journalistic work and between 1861-1864 became a literary freelancer working out of an office in Pilgrim Street. In 1861 Richard and his wife Minnie were living in George Street in the Westgate area of Newcastle. In 1871 records show the couple and their family had moved to The Grove, Gosforth, by which time Richard was secretary to a shipping company.

By 1881 the family had moved to Thornfield Villa, a property on  Gosforth High Street that has since been demolished but was adjacent to the property now occupied by the Ahad restaurant. Richard appears to have continued to live in this property until his death on 20 June 1919.

This is the second time we have come across this particular ghost property in our research of Gosforth High Street. Twenty years earlier in 1861 Mark Frater was residing in the same house. Mr Fraters’ story was rather tragic and makes interesting reading. We covered it in our blog post Murder, Mayhem and Gosforth. Richard Welford himself commented as follows in his book A History of the Parish of Gosforth.

” Mr Frater was assassinated on the 1st of October, 1861, and Gosforth lost a promising and enterprising resident.”

Richard Welford was an archaeologist, historian and biographer. His publications include the following

History of The Parish of Gosforth (1879)

St Nicholas Church and Its Monuments (1880)

Richard was also a businessman rising to the position of Managing Director of The Tyne Steam Shipping Company. He was also a director of the Free Trade Wharf Company and heavily involved in civic affairs in Gosforth. He served as a magistrate and sat on South Gosforth Local Board, later Gosforth Urban District Council, becoming its chairman in 1878.

Do you ever wonder about the people who lived in your house? Richard Welford and Mark Frater are an interesting example of the stories we can unearth even when a house has been demolished. If your house has been recently built it may still hold secrets in its foundations! #wholivedinmyhouse